I've been enthusiastically linking to Vox since it started up, it's time for some criticism. Specifically, of this tweet:

As anyone with a basic understanding of economics could tell you, it's not about who has to pay the tax, it's about who bears the burden of the tax incidence. For example, if you require employers to pay a tax on all wages paid to employees, they will be less willing to employ people and so employees will be be forced to suffer lower wages. Similarly, if you require employees to pay a tax on their incomes then they will demand higher wages to compensate and so some of the burden will be borne by employers.

The point of this, then, is that measuring who pays taxes is pretty useless as a measure of who is actually being taxed. You can work out who actually bears the burden by measuring elasticities of the supply and demand for labour, but I've spent most of today drinking networking and hence am in no fit state to explain how this is done to the layman. In any case, this is hardly necessary, what I wish to say is that Vox is attempting to make a political point with figures which don't really show anything at all. (As it happens, somewhere in the region of 40-60% of the burden falls on workers in the form of higher wages and the rest falls on capital owners; neither of these is a desirable outcome, and taxes on capital are considerably worse than they sound).


There is another thing I wish to say about this. About a year back, there were adverts on the sides of buses in the UK - or at least, in Birmingham, I don't know about there rest of the country - put there by Her Majesty's Revenue and Customs, advocating National Insurance a workplace pensions scheme (thanks to Sam for correcting me) at least partially on the grounds that "you pay in, your boss pays in" and accompanied by the face of Theo Paphitus of Dragons' Den fame. While there may well have been solid grounds for supporting the scheme, this hardly seems like one of them. The incidence of the pension contribution will not change, any more than if employers were required to buy employees' groceries. 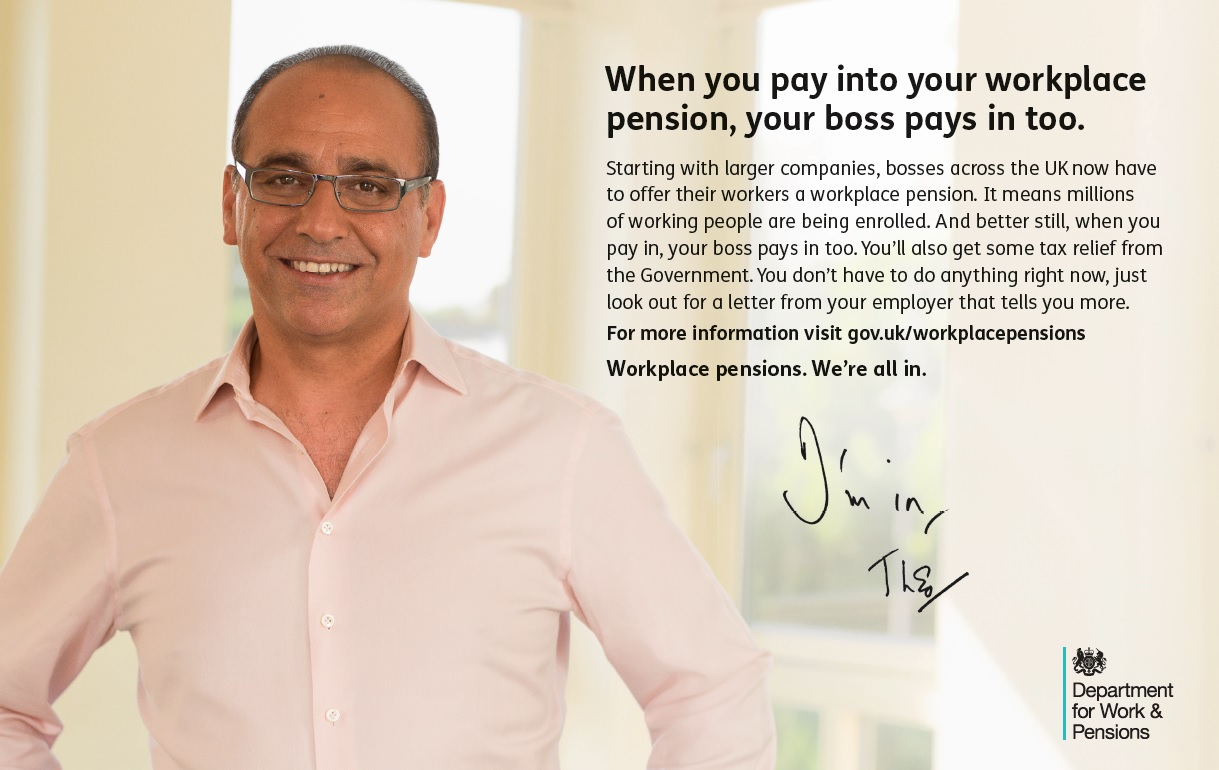 The move towards the scheme being opt-in makes some sense, as does the tax relief. However, requiring both the employer and the employee to contribute achieves... what, precisely? Increased paperwork? The most charitable explanation I can think of is that this kind of "everyone contributes" is modelled on National Insurance, which was designed in a time before politicians were likely to be criticised for poor economics. (This was a time when free trade, despite having being considered a no-brainer by actual economists for more than seventy years, was still a controversial issue, so it is harder to blame David Lloyd George for the poor design of National Insurance.)