How Good Has Obama's Presidency Been? 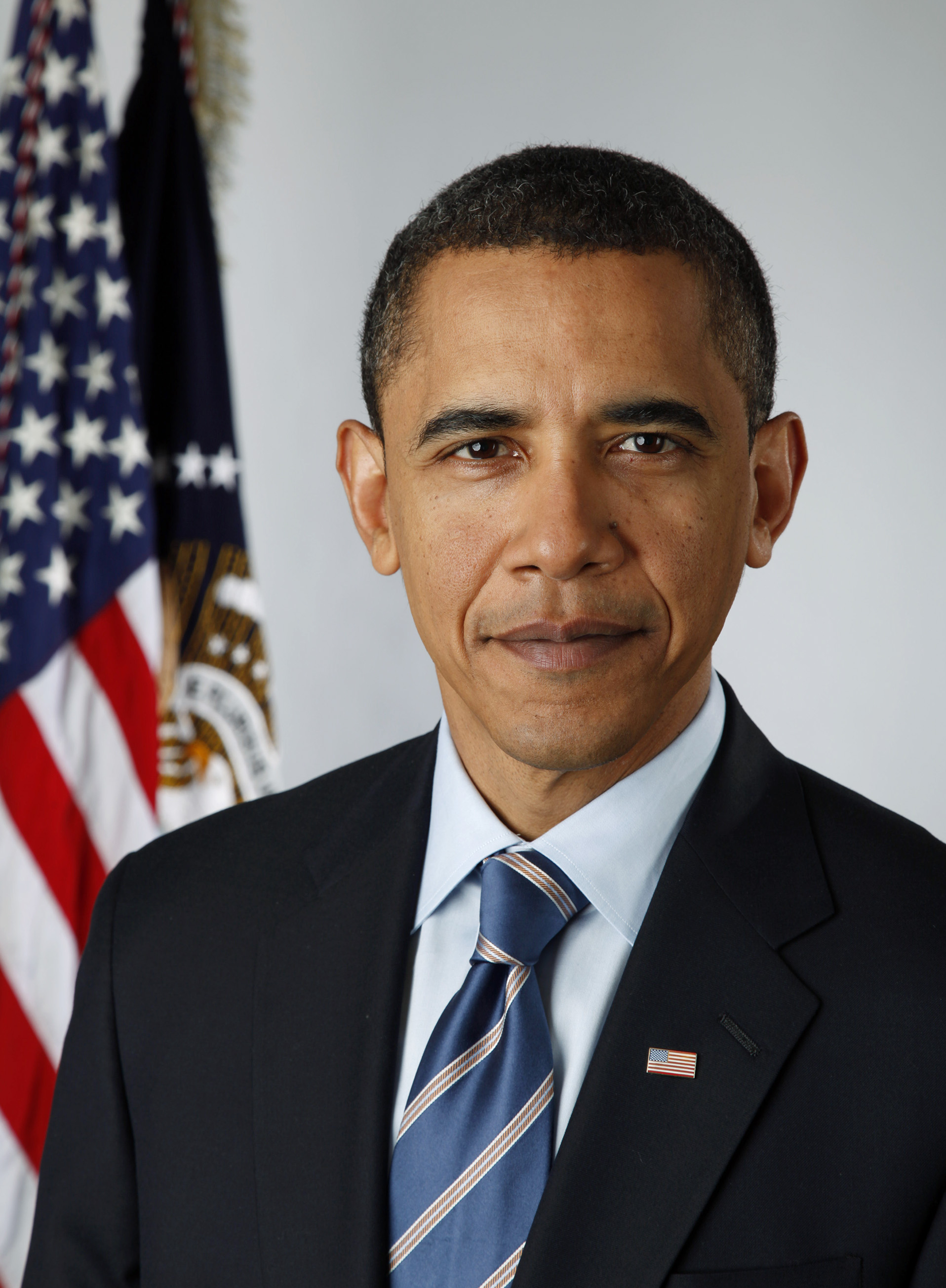 Let's start by giving credit where it is due.

First: Obama has been a much better president than McCain would have been or than either Hilary or Trump will be.

Second: not rocking the boat is a highly under-appreciated achievement in politics.

Third: US politics is the most contentious and divisive it has been since the civil war, and while Obama hasn't visibly done much to fix this - and has arguably contributed to it - it is genuinely harder to achieve great things in politics than it has been in decades and centuries gone by.

With that said, I'll go over this list of "Obama's Top 10 Accomplishments - According to Obama".

10: A growing economy
It is definitely true that the US economy is stronger now that it was when he took charge. However, this is generally to be expected given that he was elected amid economic turmoil. By predicting a perfectly average recovery Bryan Caplan has won numerous bets, and by overseeing a perfectly average recovery Obama will pass on a healthy economic situation to his successor.

If I were more confident in my understanding of the situation, I'd compare the relative rates of recovery in 2009-10, when Democrats held all three branches of the federal government and were able to pass massive stimulus packages, to growth rates since 2011. I lack the requisite knowledge though, and in any case it's difficult to make this kind of comparison because you don't see the counterfactuals. Ultimately, I think this just falls into "not rocking the boat".

9: More Americans Getting Health Insurance Coverage
Obamacare was passed, and has survived various challenges at the Supreme Court. Let's take on face value his claims about how many people are now insured that weren't previously. Even so, Obamacare leaves a lot to be desired. The single biggest problem in the US healthcare system is the way in which health insurance is tied to employment. This has its origins in the New Deal era when bosses were forbidden from competing on wages and so would attempt to attract workers with other working benefits, but continues to this day because income tax is charged on your wage - but not on your employer-provided healthcare. This has two major negative consequences: firstly, businesses buy one-size-fits-all healthcare packages for their employees, even when this is wildly inappropriate. Second, losing your job (because of a health condition?) tends to mean losing your insurance. Obamacare includes a band-aid for this latter problem, in that when you try to get a new policy you can't be charged more for having the condition which caused you to drop out of work, but overall it if anything reinforces the problem that health insurance is tied to employment.

There are smaller complaints we should have about Obamacare - for example, there is absolutely no reason why health insurance should cover contraception. The expense of contraception is entirely predictable and - more importantly - low variance, so requiring it to be included in employer-provided healthcare packages is wasteful (one-size-fits-all again) and creates easily-avoidable but expensive debates like the Hobby Lobby case.

I doubt American healthcare will be significantly worse after the ACA, perhaps it will be better. I don't know, and don't trust myself to judge fairly. But as reforms go, Obamacare is a remarkably sedate and unambitious one.

Sorry, that's an unfair and perhaps impossible expectation. But there have been lots of "commitments", both realistic and unrealistic. I'm going to judge results not by treaties signed but by actual reductions in CO2 emissions achieved. This is something we may be able to pass judgement on in a few years - the most recent figures I've seen are from 2011 - but in any case it wouldn't massively effect my assessment of Obama's presidency.

Quite simply, this is not something the US President has much power over. Obama may be the most powerful man on earth, but - despite what many European liberals might like to believe - he is not God.

The opening up of trade and travel between the US and Cuba is indeed a great thing. Great for the US, but even more for the people of Cuba. Full credit here.

6: Iran Nuclear Deal
I have no idea how to assess how good this is, whether it would have happened anyway, or anything else relevant to this. Not being willing to spend the time to do the relevant research, I'll charitably assume it's good.

5: Standing Strong Against Terrorism
This is a very vague phrase. He is continuing to fight in the Middle East, although it's not clear whether that's a good thing. Domestic terrorism has continued to be a problem of extremely low significance but high salience; presumably were the Democrats in control of Congress he would be pushing some kind of gun control, but we can't assess presidents based on what they "might" have done.

4: The Trans-Pacific Partnership
Some of these claimed achievements I have avoided assessing because I have next to no knowledge about foreign policy. This policy I cannot assess because no-one knows what it actually is. In theory it's about securing free trade along with worker rights and environmental protection, as well as being a part of Obama's strategy to make friends with lots of countries near China. These are all laudable goals (although horrendous third-world sweatshops are highly underrated as an alternative to continued grinding poverty, which in practice is the alternative) but due to the secrecy surrounding the agreement, there's no way for me to have any idea how far it goes towards achieving these things.

3: Bipartisan education and budget deals
Well, the government "shut down" a couple of times in order for the budget deals to be achieved, and Obama - or more likely his underlings - deliberately made those shut-downs worse than they needed to be (for example: stopping people from using government websites, closing privately-operated national parks). I guess at least they may have improved health outcomes.

2: The legalisation of same-sex marriage
was indeed commanded by the Supreme Court, with not a finger to be lifted by Obama himself. Don't get we wrong, I'm very happy that same-sex couples are now able to get married - but the credit for this lies not with the president who eventually concluded that supporting it might not cost him votes, but rather with the activists who managed to take it to the Supreme Court - and win.

1: "The American People"
I have to quote this section in full so you can appreciate its utter vacuity:


"All of this progress is because of you -- because of workers rolling up their sleeves and getting the job done and entrepreneurs starting new businesses," Mr. Obama said Saturday. "Because of teachers and health workers and parents -- all of us taking care of each other. Because of our incredible men and women in uniform, serving to protect us all. Because, when we're united as Americans, there's nothing that we cannot do."

Having looked at what Obama sees as his greatest achievements, we really ought to look at some of his failures. When you look up "Obama's greatest failures" articles online there tends to be a strong overlap with what are considered his greatest achievements (Obamacare, work on climate change, etc). I'm going to avoid discussing anything twice, but here are some things you might wish to criticise him for.

Failure to close Guantanamo Bay
It's true that he hasn't closed the base. But he has at least stopped anyone new being sent there, and given that he has limited political capital you can understand his decision to use it on other things. Continuation of Bush-style militarism
He has surely been guilty of this. There was the cack-handed intervention in Libya (admittedly mostly the fault of Hilary Clinton), the bluster in Syria (where his reputation was saved, of all people, by Vladimir Putin), and the massive expansion of drone warfare. The pursuit of whistleblowers - most famously Chelsea Manning and Edward Snowden - has been one of the more worrying trends of Obama's administration. As has often been remarked, it stands in particularly stark contrast to the platform he campaigned on. It's hard to quantify the harm caused by his policies here, and he hasn't been obviously worse than Bush Jr, but this is a definite black mark on his presidency.


Conclusion
The difficulty in assessing presidents lies in the absence of an obvious benchmark. I am not a fan of the average Obama policy, but the fact remains that had he not been president then his position would have been occupied by John McCain or Hilary Clinton - neither of whom would have been any better as a safeguard of domestic liberties or as an advocate of the free market, but both of whom would have been vastly more inclined towards ill-conceived military adventures in the Arab world. The best case to be made for Obama is that his presidency has been one of retrenchment, of healing after the trauma of his predecessor.

Perhaps the one thing I feel most willing to say is that Obama has ultimately been inconsequential. The US of 2016 is not so very different from the US of 2008 - slightly wealthier, a fair bit more polarised and distrustful, slightly freer in some ways and slightly less free in others - but ultimately there have been no grand schemes, no ambitious triumphs or follies. Obamacare is talked about a lot, but it did not change in any fundamental way the workings of the US health insurance system in the way that single-payer or taxability of employer-provided healthcare would. There have been new interventions but no new invasions, and past invasions (along with their spawn, such as Guantanamo) are being slowly but surely wound up. In time, Obama will be remembered as the first black president of the US, and nothing more or less than that. There are worse legacies.