A large part of being good at chess is pattern recognition: seeing that the position in front of you is similar to one you've seen before, and is therefore likely to reward the same principles. I had a recent example of this in a cute little game which rather neatly resembled the famous Opera House Game.

The Opera House Game was a game played in 1858 between Paul Morphy, an American would-be lawyer and likely the greatest player of his generation, and a pair of European aristocrats who compelled him to play them while he was trying to enjoy a performance of Norma. 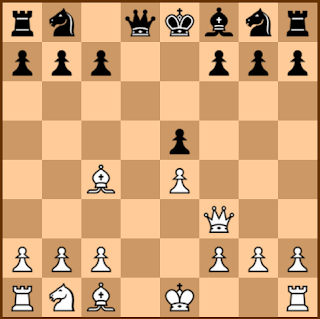 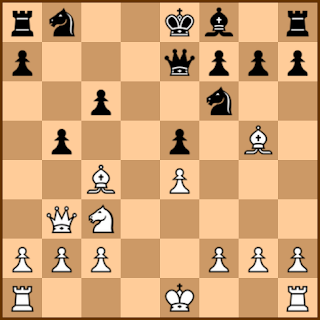 White has four pieces out and his rooks will arrive very shortly; Black has two pieces developed, one of which is pinned against the other. He also faces a real struggle to get pieces active, with both the c6 and e7 square occupied.
10. Nxb5! cxb5 11. Bxb5+ Nbd7 12. 0-0-0 Rd8 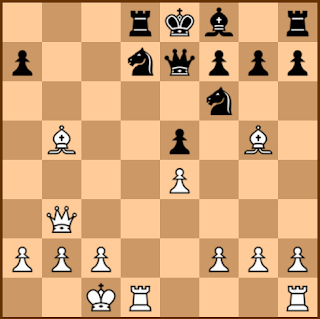 Black has very little space, with his king trapped in the centre and few of his pieces doing anything much. White now crashes through with a temporary exchange sacrifice:
13. Rxd7! Rxd7 14. Rd1
When attacking in chess, sacrificing one rook then bringing the other into its place is a classic maneuvre.
14... Qe6 15. Bxd7+ Nxd7 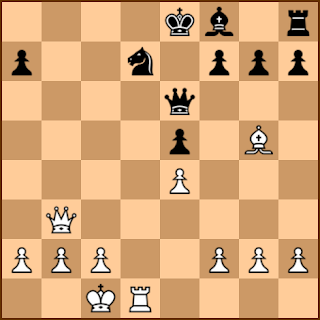 All is now set for the final flourish:
16. Qb8+! Nxb8 17. Rd8#
And White delivers mate with his last two remaining pieces.


My game does not have quite so nice an ending - largely because my opponent resigned when he saw what was coming - but is still rather nice. 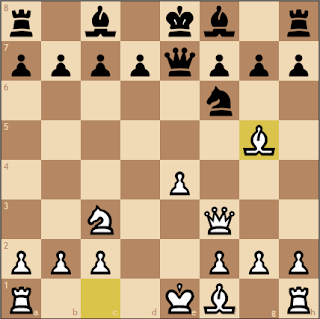 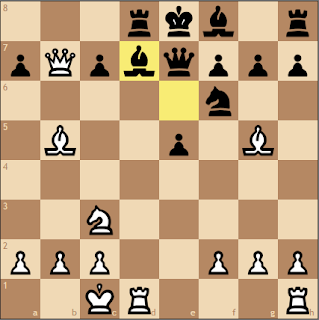 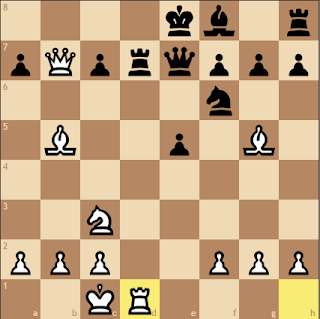